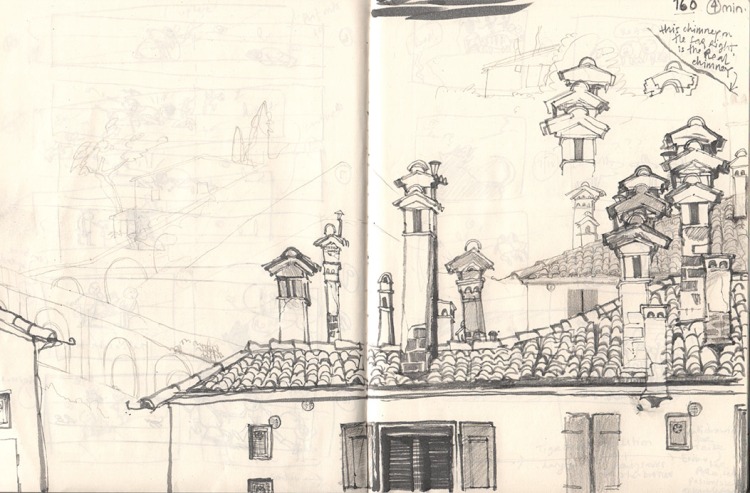 From our apartment in Bologna I could see rooftops. Well, mainly one rooftop.

I noticed, not immediately, this delightful way of making the chimneys. Perhaps it is a peculiarly Bolognese thing, I don’t know. Presumably it was done to prevent birds nesting on top of the chimney – except they look rather like inviting little houses to me.

There were several types of birds regularly hopping in and out – although admittedly, not from the chimney top (from the gap between the curved rooftop tiles and the bottom edge of the chimney stack). And there were little mossy lawns of plants growing in the valleys between the tiles. It seems so inviting a world to me. A sun-basked rooftop in in Bologna with the sound of Vespas passing by, their tyres slapping over the cobbled roads below.

There were in fact not so many chimneys, I made most of them up. Maybe it will turn out to be something worth developing. Maybe I’ll one day live again in Italy.